The Case For Paper

If compared with the electricity demand of countries, the cloud would rank 6th in the world! 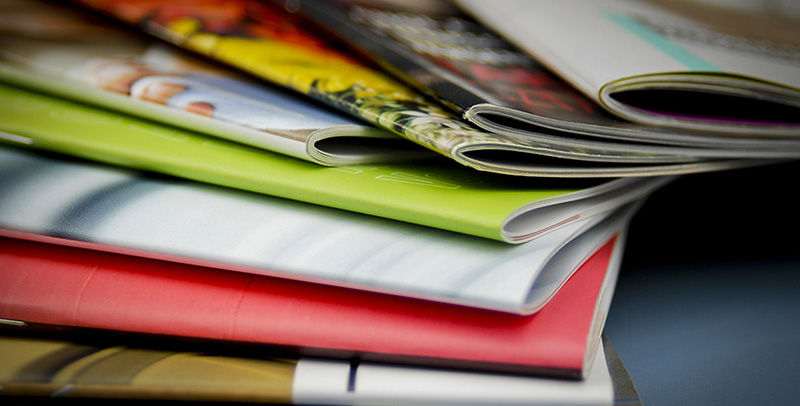 By implementing the yoyo papers and recycling service,

The Yoyo closed-loop recycling service was launched in response to the Government's Landfill Directive and ensures that office paper waste is reused in the making of new paper.

This University was reviewing its recycling systems and looking to increase the organisation's recycling rates when it heard about the yoyo closed loop initiative and was involved in the pre-launch trials of the yoyo concept; switching their office paper usage to the yoyo brand and launching the yoyo recycling scheme at the same time. The service was successfully launched over 5 campuses and embraced by a total of 1,100 staff and almost 10,000 students.

The scheme was encouraged with the provision of launch posters, banners promoting the new scheme hanging from the main University buildings and pop-up banners and service information in the main reception areas. Recycling sacks are supplied to the University and used in recycling bins throughout the campuses which are then returned to the main campus for collection. The sacks are collected when new office paper is delivered; thus ensuring the maximum recycling rates.

The yoyo project ensures that the fibres are recycled to the highest level as many times as possible, thus significantly increasing the return on the environmental investment made in producing the paper in the first place. A University spokesperson commented, "Implementing yoyo was one of the big steps in the University's response to environmental concerns and in achieving our objective of minimising waste going to landfill, without any cost increases for the University"

The University has increased their overall recycling rate and 13 million sheets of office paper are no longer sent to landfill.

Waterstones is removing Amazon’s Kindle devices from many of its stores as sales “continue to be pitiful”.

Speaking to The Bookseller, Waterstones' Managing Director, James Daunt, said the UK's largests book retailer will be “taking the display space back” to use for physical books instead.

He told The Bookseller: “Sales of Kindles continue to be pitiful so we are taking the display space back in more and more shops. It feels very much like the life of one of those inexplicable bestsellers; one day piles and piles, selling like fury; the next you count your blessings with every sale because it brings you closer to getting it off your shelves forever to make way for something new. Sometimes, of course, they ‘bounce’ but no sign yet of this being the case with Kindles.”

In response, an Amazon spokesperson said the company was “pleased with the positive momentum and growing distribution of Kindle and Fire tablet sales" and added that kindle book sales in the UK were also growing.

In January of this year, the Telegraph reported that Waterstones admitted that sales of Amazon's Kindle e-book reader had "disappeared" after seeing higher demand for physical books.

Booksellers have suggested a range of reasons for the recovery, naming the economic bounce, publishers “upping their game”, booksellers sharpening their offer and, chief among them, the belief that the e-book “threat” is “vanishing".

Read more at The Bookseller

Do e-books make it harder to remember what you just read?

Digital books are lighter and more convenient to tote around than paper books, but there may be advantages to old technology.

I received a Kindle for my birthday, and enjoying “light reading,” in addition to the dense science I read for work, I immediately loaded it with mysteries by my favorite authors. But I soon found that I had difficulty recalling the names of characters from chapter to chapter. At first, I attributed the lapses to a scary reality of getting older — but then I discovered that I didn’t have this problem when I read paperbacks.

When I discussed my quirky recall with friends and colleagues, I found out I wasn’t the only one who suffered from “e-book moments.” Online, I discovered that Google’s Larry Page himself had concerns about research showing that on-screen reading is measurably slower than reading on paper.

This seems like a particularly troubling trend for academia, where digital books are slowly overtaking the heavy tomes I used to lug around. On many levels, e-books seem like better alternatives to textbooks — they can be easily updated and many formats allow readers to interact with the material more, with quizzes, video, audio and other multimedia to reinforce lessons. But some studies suggest that there may be significant advantages in printed books if your goal is to remember what you read long-term.

Kate Garland, a lecturer in psychology at the University of Leicester in England, is one of the few scientists who has studied this question and reviewed the data. She found that when the exact same material is presented in both media, there is no measurable difference in student performance.

However, there are some subtle distinctions that favor print, which may matter in the long run. In one study involving psychology students, the medium did seem to matter. “We bombarded poor psychology students with economics that they didn’t know,” she says. Two differences emerged. First, more repetition was required with computer reading to impart the same information.

Second, the book readers seemed to digest the material more fully. Garland explains that when you recall something, you either “know” it and it just “comes to you” — without necessarily consciously recalling the context in which you learned it — or you “remember” it by cuing yourself about that context and then arriving at the answer. “Knowing” is better because you can recall the important facts faster and seemingly effortlessly.

“What we found was that people on paper started to ‘know’ the material more quickly over the passage of time,” says Garland. “It took longer and [required] more repeated testing to get into that knowing state [with the computer reading, but] eventually the people who did it on the computer caught up with the people who [were reading] on paper.”

Context and landmarks may actually be important to going from “remembering” to “knowing.” The more associations a particular memory can trigger, the more easily it tends to be recalled. Consequently, seemingly irrelevant factors like remembering whether you read something at the top or the bottom of page — or whether it was on the right or left hand side of a two-page spread or near a graphic — can help cement material in mind.

This seems irrelevant at first, but spatial context may be particularly important because evolution may have shaped the mind to easily recall location cues so we can find our way around. That’s why great memorizers since antiquity have used a trick called the “method of loci” to associate facts they want to remember with places in spaces they already know, like rooms in their childhood home. They then visualize themselves wandering sequentially through the rooms, recalling the items as they go.

As neuroscientist Mark Changizi put it in a blog post:

"In nature, information comes with a physical address (and often a temporal one), and one can navigate to and from the address. Those raspberry patches we found last year are over the hill and through the woods — and they are still over the hill and through the woods. And up until the rise of the web, the mechanisms for information storage were largely spatial and could be navigated, thereby tapping into our innate navigation capabilities. Our libraries and books — the real ones, not today’s electronic variety — were supremely navigable."

E-books, however, provide fewer spatial landmarks than print, especially pared-down versions like the early Kindles, which simply scroll through text and don’t even show page numbers, just the percentage already read. In a sense, the page is infinite and limitless, which can be dizzying. Printed books on the other hand, give us a physical reference point, and part of our recall includes how far along in the book we are, something that’s more challenging to assess on an e-book.

Jakob Nielsen, a Web “usability” expert and principal of the Nielsen Norman Group, believes e-reading does lead to a different type of recall. “I really do think we remember less” from e-books, he says. “This is not something I have formally measured, but just based on both studies we’ve done looking at reading behavior on tablets and books and reading from regular computers.”

He says that studies show that smaller screens also make material less memorable. “The bigger the screen, the more people can remember and the smaller, the less they can remember,” he says. “The most dramatic example is reading from mobile phones. [You] lose almost all context.”

Searching by typing or scrolling back is also more distracting than simply turning back pages to return to an important point, he notes. “Human short-term memory is extremely volatile and weak,” says Nielsen. “That’s why there’s a huge benefit from being able to glance [across a page or two] and see [everything] simultaneously. Even though the eye can only see one thing at a time, it moves so fast that for all practical purposes, it can see [the pages] and can interrelate the material and understand it more.”

Flipping through pages is also less mentally taxing. “The more you have to expend your minimal brain power to divert it into these other tasks [like search, the less it is] available for learning.”

This doesn’t mean that there isn’t a place for e-text books or computerized courseware, however. Neither Nielsen nor Garland is opposed to using new media for teaching. In fact, both believe that there are many situations in which they can offer real advantages. However, different media have different strengths — and it may be that physical books are best when you want to study complex ideas and concepts that you wish to integrate deeply into your memory. More studies will likely show what material is best suited for learning in a digital format, and what type of lessons best remain in traditional textbooks.

But someone — perhaps the publishing industry? — is going to have to take the initiative and fund them.

Source: Maia Szalavitz is a health writer for TIME.com. Find her on Twitter at @maiasz. You can also continue the discussion on TIME Healthland‘s Facebook page and on Twitter at @TIMEHealthland.

Taking notes on laptops rather than in longhand is increasingly common. Many researchers have suggested that laptop note taking is less effective than longhand note taking for learning. Prior studies have primarily focused on students’ capacity for multitasking and distraction when using laptops. The present research suggests that even when laptops are used solely to take notes, they may still be impairing learning because their use results in shallower processing. In three studies, we found that students who took notes on laptops performed worse on conceptual questions than students who took notes longhand. We show that whereas taking more notes can be beneficial, laptop note takers’ tendency to transcribe lectures verbatim rather than processing information and reframing it in their own words is detrimental to learning.

Source: The Pen Is Mightier Than the Keyboard Advantages of Longhand Over Laptop Note Taking; Pam A. Mueller; Daniel M. Oppenheimer 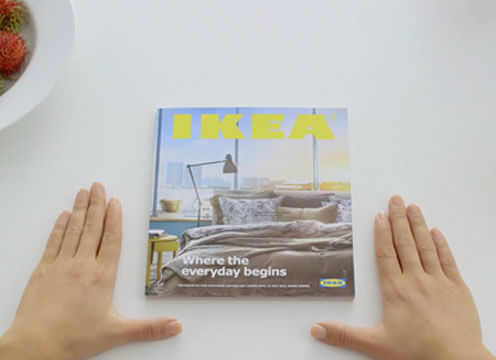 Experience the power of a book 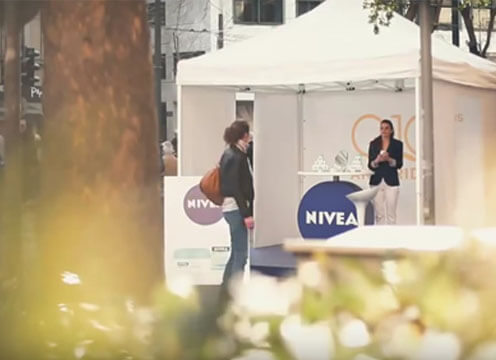 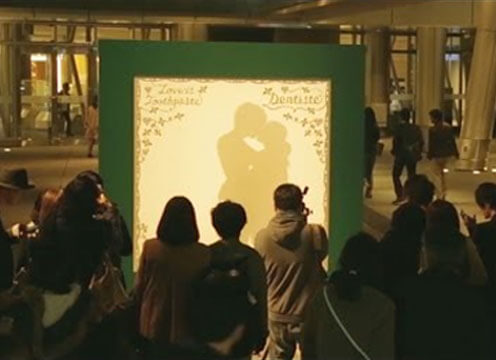 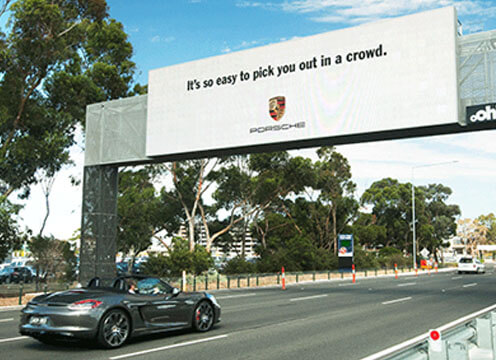 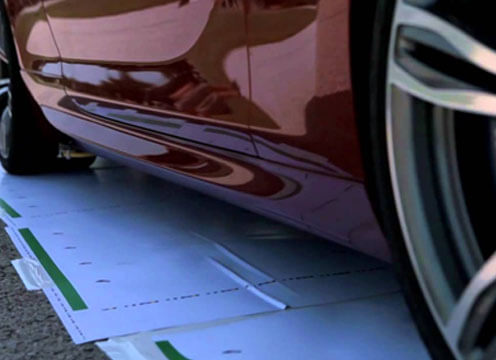 The making of an M Print BMW Direct Mail 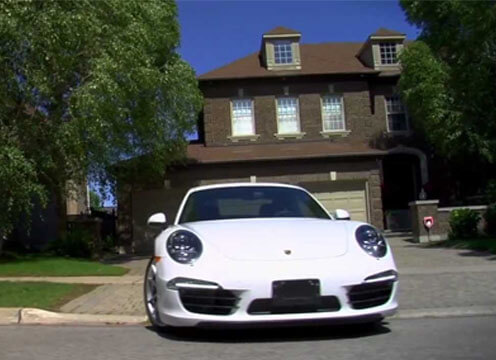 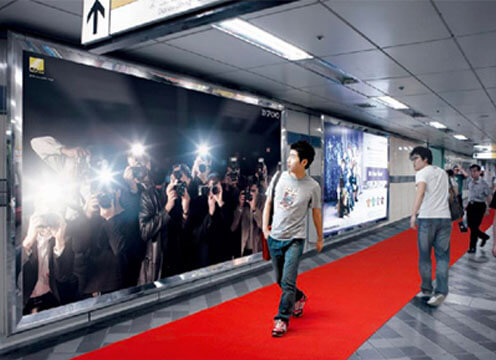 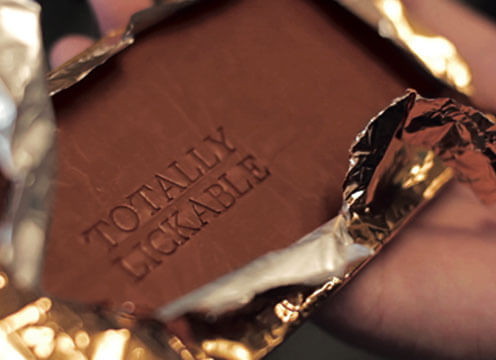 Sign up to receive the latest news and tips about printing world! Don‘t worry, we won‘t spam you. (We hate spam too!)